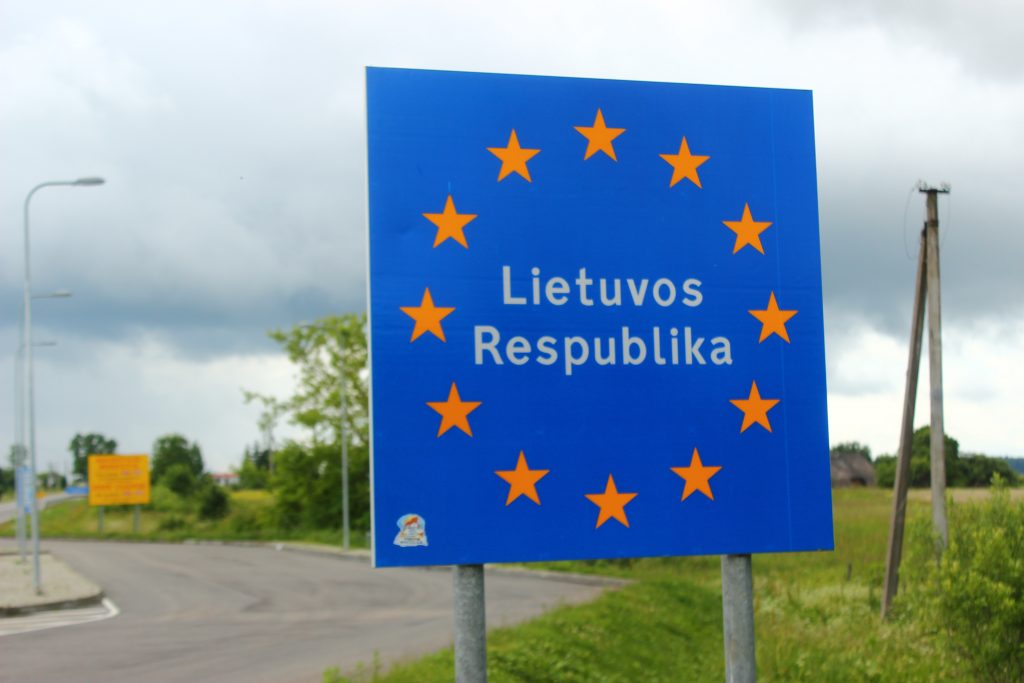 Since 1 June 2021, more than 1,000 migrants have attempted to cross the border from Belarus to Lithuania. Lithuanian prime minister Ingrida Simonyte claimed that, over the past month and a half, more migrants have tried to cross the state borders than in the last four years combined. The Lithuanian State Border Guard Service has declared a state of emergency and has started to build a fence on the almost 700km long border. The European Border & Coast Guard agency tasked with protecting the EU’s external borders. Frontex, the European Border and Coast Guard Agency, is to send a rapid intervention force to Lithuania to assist the national guard service.

However, the extreme influx of mostly Middle Eastern and African migrants is not a result of rising tensions in the Middle East or civil wars in Africa. Lithuanian and EU officials accuse Aleksandr G. Lukashenko, president of Belarus, of actively encouraging migrants to cross the border. ‘’Travel agencies are set up that facilitate direct flights connecting Minsk and Baghdad, and agencies both in Belarus and other countries collaborate to attract ‘tourists’ to Minsk’’, Simonyte told international news organisation Reuters.

Why would Belarus do this?

The relationship between Belarus and the EU is, to put it lightly, rocky. Or, as the European An institution representing the Member States’ interests. Either comprised of the heads of government (European Council) or more frequently the ministers (Council of the EU) meeting in different constellations depending on the policy area. Involved in policy-making, often together with the European Parliament. Council describes it in fancier wording: ‘’Since October 2020, the EU has progressively imposed restrictive measures against Belarus’’.  Sanctions were adopted in response to the 2020 Belarusian presidential elections. The EU accuses Lukashenko of falsifying the results of the elections in his favour and using violence and intimidation against peaceful protestors, journalists, and opposition members. Additional measures were taken against Lukashenko’s regime when on 23 May 2021, the government-critical Belarusian journalist Roman Protasevich was arrested on the grounds of ‘organising mass unrest’. The journalist and his girlfriend were on their way back from Athens to Vilnius on a Ryanair flight when the pilot got a warning that a bomb would go off if the plane would not immediately divert its route to Belarus. Upon landing, Protasevich and his girlfriend were arrested and currently remain under house arrest in a flat in Minsk (we also reported about this here).

And now, it seems as though Lukashenko is weaponising human lives with the aim of punishing the EU for the imposed sanctions against him and other key players in the Belarusian regime. Many migrants attempting the border cross are completely unaware of the tensions and are hoping to find a better life once they cross the Lithuanian border and enter the EU. Lithuania, however, is doing everything in its power to prevent the migrants from entering the country. In 2021, 118 migrants have so far applied for asylum in Lithuania, all of whom got denied according to the Interior Ministry’s department for migration. Furthermore, as a response to the current situation, the Lithuanian parliament passed a law allowing authorities to process and return migrants faster, and legalising detention for migrants for up to six months without a court order. This, in combination with the strict border security from both The European Border & Coast Guard agency tasked with protecting the EU’s external borders. Frontex and the national border guard, makes it almost impossible for migrants to legally set foot in Lithuania.

Belarus pushes migrants over the border and Lithuania pushes them back even harder. As a result, many migrants are currently stuck in hastily set up camps on the Lithuanian border, being left as used weapons in a war they know nothing about. Laurynas Kasciunas, a Lithuanian An MEP tasked with drafting a report on a proposed piece of legislation based on committee exchanges and expert consultations . The European Parliament then votes on the report which may include amendments to the legislative proposal. rapporteur of the Committee on Political Affairs and Security, defends the strict Lithuanian policy as following: ‘’This is a fence not against the free world, but against a leader who wants to destroy the free world’’. However, many migrants have no awareness of these political games. They seem hopeful about the EU. Or, as a young Nigerian man told New York Times reporter Valerie Hopkins: ‘’I have no idea what is going on between Belarus and Lithuania. But I know the EU is going to protect us, right?’’