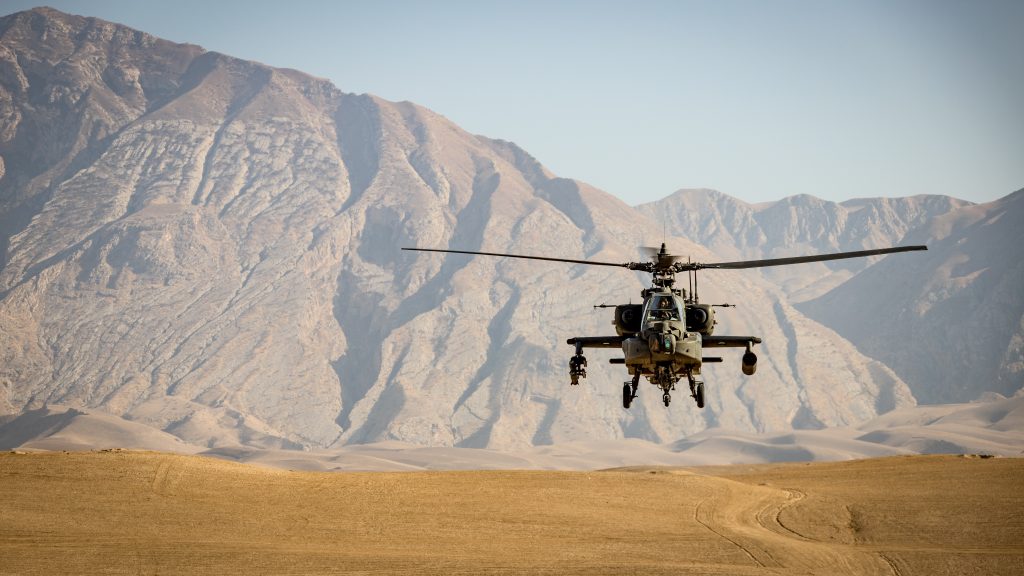 The Afghanistan war: Fight against terrorism
After the 9/11 terrorist attack in New York City in 2001, Western powers – including the U.S., the United Kingdom, Canada and some European countries such as Germany, Italy, Belgium and the Netherlands – started their engagement in Afghanistan.

9/11 went down into history as the first and deadliest terrorist attack on American soil. As a response to it, former American President George W. Bush reacted by vowing to stop terrorism through the War of Terror, a military campaign targeting Islamic groups. This led to the invasion of Afghanistan since Osama bin Laden – founder and leader of the terrorist group Al-Qaeda – was hiding there and being protected by the Taliban.
The Taliban – which translates to ‘students’ in the Pashto language – are a religious group whose aim is to restore peace and security and enforce their version of Sharia, or Islamic law. The Islamist group ruled the country from 1996 till 2001.

With the U.S. intervention and NATO-led military mission ISAF (International Security Assistance Force) in 2001, the Taliban lost power and were ousted from government positions. Despite being ejected, the Taliban has never really given up as we are witnessing nowadays – rethinking themselves and endeavouring to get back their control.

What has the EU been doing so far?
Since 2002, the European Union has provided Afghanistan with more than 4 billion euros in development, making the country the largest beneficiary of EU development assistance in the world.

Moreover, many European member states had troops deployed in the country as a result of the 2001 NATO Mission. However, while the Taliban started their advance early in May, seizing several Afghan provinces, countries such as Germany – one of the main European stakeholders in the Afghan file – started withdrawing their troops. The German decision was sped up as President Biden declared in April that all American troops would be withdrawn by 11 September, the 20th anniversary of the Twin Towers’ Fall.

With the Kabul takeover, Germany is not the only one moving back its troops. All European countries have swiftly started to evacuate their embassies in Kabul and organized flights to bring back diplomatic and military personnel fearing for their safety.

At the same time, the EU The High Representative is the chief co-ordinator and representative of the EU foreign affairs policy. The position is currently held by Josep Borrell. High Representative Josep Borrell – head of the diplomatic service of the EU – tweeted a joint statement of the international community, declaring that “Afghans and international citizens who wish to depart must be allowed to do so; roads, airports and border crossing must remain open, and calm must be maintained. The Afghan people deserve to live in safety, security and dignity. We in the international community stand ready to assist them.”

These words were later followed by an extraordinary meeting of EU foreign ministers convened by Borrell last Tuesday. The meeting ended with a Declaration, clarifying the main EU’s priorities and concerns regarding the developments in Afghanistan. Aside from calling on all parties to respect the safety and security of EU and Afghan citizens and human rights in general, the meeting also emphasized the importance of talking to the Taliban, seen as essential interlocutors in the peace and state-building process as well as in the evacuation plan.

In the Declaration, Borrell also stressed the fight against terrorism as “remain[ing] at the core of the EU’s collective engagement in the country”, and the importance of cooperating with neighbouring countries to avoid further destabilization and provide assistance to Afghanistan “to address the worsening humanitarian situation”.

So, in a nutshell: Why should the EU care?
Regarding European security, one should carefully look at the latest Afghanistan’s development for at least two reasons: migration and terrorism.

The Taliban takeover has indeed prompted many people to try to flee the country. According to the United Nations Office for the Coordination of Humanitarian Affairs, the number of internally displaced people has been rising enormously since the beginning of May.

After the Taliban takeover, images of thousands of people returning to Kabul airport trying to leave the country went viral. European countries immediately perceived the likely Afghanistan exodus as the reproduction of a reality already witnessed five years ago: the 2016 migration crisis.    Italy, as well as France, already declared the EU’s unreadiness to deal with irregular migration flow and stressed the necessity for the EU to “anticipate and protect ourselves [Europeans] against significant irregular migratory flows that would endanger the migrants and risk encouraging trafficking of all kinds”, as French President Macron stated on Monday 16th.

Besides that, Western governments also fear that a Taliban government might mean a safe place for terrorist groups, as was the case in the 1990s with Al-Qaeda, and the propagation of fundamentalist Islam spreading across Afghanistan and the neighbouring countries. It might also mean a decline in Western values and human rights. Afghan women are said to be highly endangered, with their freedom and dignity put into question if the Taliban starts applying their version of Sharia.

In response to these allegiances, the Taliban held a conference in Kabul early this morning assuring that everyone’s life would be respected, women’s rights to study and be integrated into the society included. Despite those assurances, the security and humanitarian situation in Afghanistan needs the international community and the EU’s commitment and engagement.