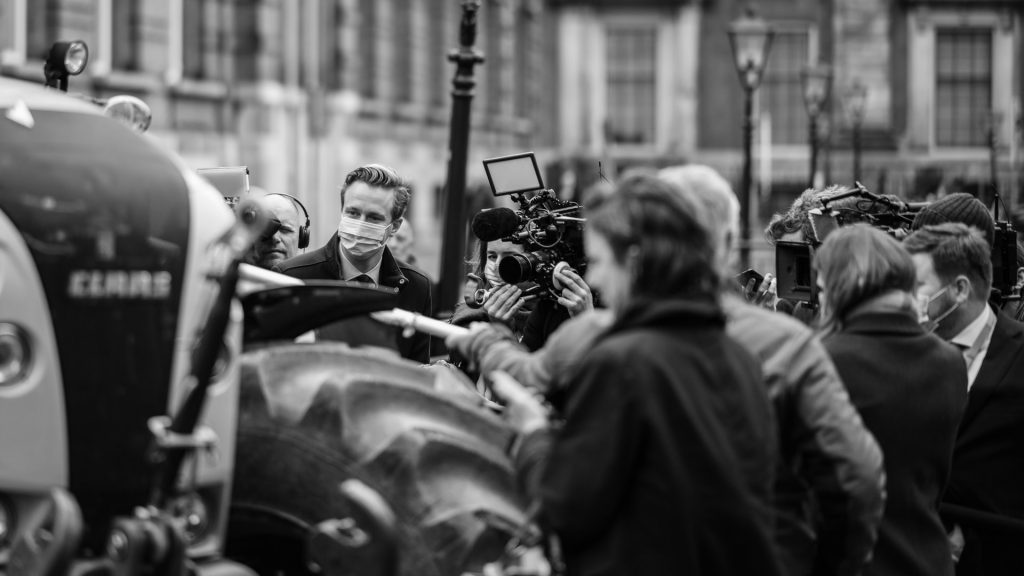 It is the night of August 18th. Dutch journalist Willem Groeneveld is sleeping in his home in Groningen, a province located in the north of the Netherlands. It is around 3am when he is abruptly woken by the sound of breaking glass. Upon entering the living room, Groeneveld and his girlfriend are surprised by large flames caused by several Molotov cocktails. Although this is the most extreme attack on Groeneveld, it is not the first time he has been the victim of intimidation. Previously, he has received hateful anonymous calls and text messages, as well as having rocks thrown through his window. According to Groeneveld, he has angered local landlords and real estate agents by writing critical articles about their house renting policies. It is unknown whether or not the attack with the Molotov cocktails is related to this. The police have started an investigation. Groeneveld and his girlfriend were able to put out the fire caused by the cocktails and remained physically unharmed.

It is the second attack on a Dutch journalist in a short period of time. On 6 July, investigative journalist and crime reporter Peter R. de Vries was shot in Amsterdam. He died of his injuries on July 15th. The motives of the murder are still under investigation. However, it is speculated that there is a link between the murder and de Vries’ role in the so-called Marengo trial. In this trial, he acted as advisor to Nabil B., who testified against the suspected leader of a criminal organisation involved in drug trafficking.

And there have been more incidents in the Netherlands. Journalists have been attacked and threatened during anti-lock down protests and now have to bring security with them so they can safely carry out their work. At the end of last year, one of the country’s biggest newsrooms, NOS, decided to remove logos from their buses after journalists in the vehicles experienced violence and intimidation on the daily.

The direct causes of all these individual incidents may seem unrelated – the perpetrator might be an angry landlord, a criminal organisation or an anti-lockdown protestor, but they all have one thing in common: they paint a bigger picture of a changing media landscape in Europe. Over the past years, an increasing number of institutions and individuals have started to ring the alarm regarding the deteriorating state of press freedom in eastern European countries such as Hungary and Poland, and rightfully so. However, an increasingly unsteady media climate is a problem that also impacts Western European countries.

Reporters Without Borders, a worldwide media freedom watchdog, has expressed its concern regarding a stark increase of cases of violence against journalists during demonstrations by both police and protesters in multiple western and southern European countries such as Germany, France, Spain, Belgium, and the Netherlands. The organisation also noticed a surge of online harassment targeted towards journalists, even in countries that are well-known for their high levels of press freedom, such as Norway, Finland and Sweden.

The question is, is the European Union equipped to do anything about this? Not sufficiently, says Věra Jourová, The EU’s politically independent executive arm. It is responsible for drawing up proposals for new European legislation, and it implements the decisions of the European Parliament and the Council. European Commission Vice-President for Values and Transparency: ‘’We are not equipped with EU rules and EU law to protect the media as one of the pillars of democracy, rather than just a player in the national economy,’’ Jourová said to reporters in Brussels on World Press Freedom Day.  She also recognised that the state of press freedom is worsening everywhere in Europe and that measures need to be taken. This is why she is working on a media freedom act. The aim of this act is, according to Jourová, ‘’to bring more safeguards for the media and to guarantee that in Europe, they can do their job without being under pressure.’’ The act is currently being further developed and will be tabled next year.

Until then, it appears, journalists throughout Europe have to take measures to protect themselves from threats that seem to be coming from every corner.