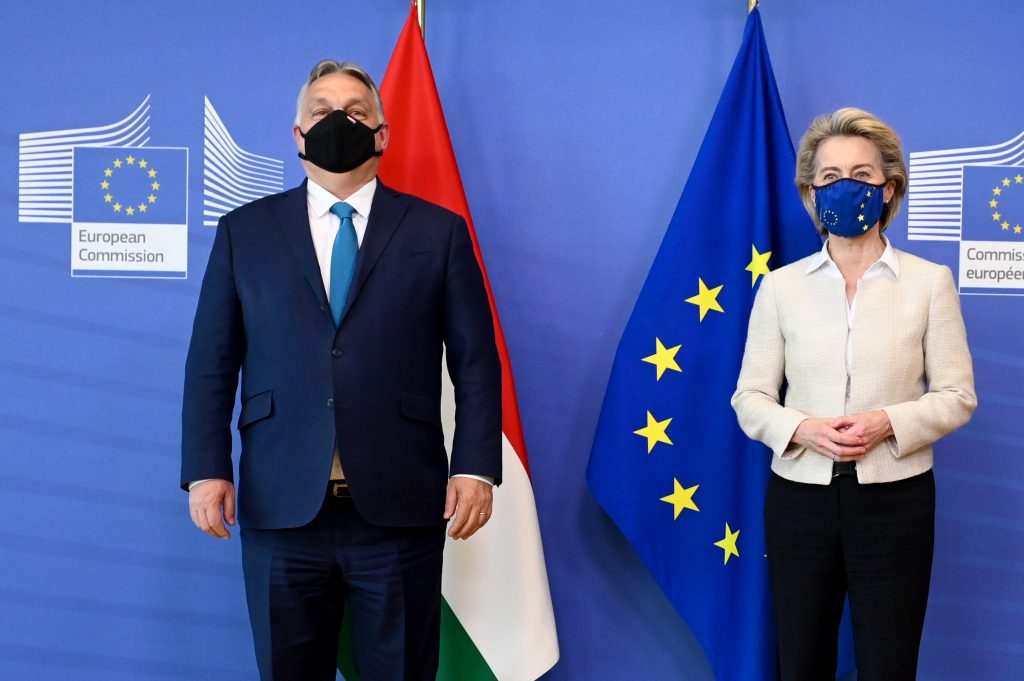 ‘’Our victory is so big you can see it from the moon, let alone from Brussels’’, Viktor Orbán says to a cheering crowd in Budapest after winning his fourth consecutive term as Hungary’s prime minister on Sunday. And he turns out to be right. Not only did the bloc see Orbáns victory, but they also responded two days after the elections by triggering a new conditionality mechanism that could deprive Hungary of up to 40 billion euros of EU funds.

By triggering the procedure, Brussels will be able to block EU funds to countries that do not adhere to the rule of law. It has been brought to life to put a halt to The 27 countries that are part of the EU. See the list of all members here. member states that are a democracy on paper but are heading down an increasingly autocratic path, thus violating the rule of law.

Viktor Orbán has never been known for his deep love and affection for all things Europe. During his 12 years course as Hungarian president, he has clashed with the Commission many times over his nationalist-populist values, anti-lgbtq+ sentiment, misuse of EU funds and autocratic tendencies. Now, it seems, tensions between Brussels and Budapest have reached a boiling point, and consequences seem inevitable.

Orbáns anti-Europe rhetoric is nothing new, so why is Brussels taking action now? One of the reasons that this mechanism has not been triggered earlier is because of disagreement amongst key players. Several EU leaders were not in favour of the mechanism for a long time, the main argument being that they preferred conversation and finding compromises over hard, budgetary actions. Once the EU leaders finally all agreed upon the mechanism, Poland and Hungary prolonged the decision-making process by filing a complaint against the procedure to the European Court of Justice. The Court dismissed the complaints in February.

As a second reason, Russia’s attack on Ukraine put additional pressure on the EU to trigger the mechanism. To form a strong front against the Kremlin, it is now more important than ever for all 27 The 27 countries that are part of the EU. See the list of all members here. member states to speak with one voice – this, however, has been made almost impossible by Orbán, who is seen as a close ally of Putin. The Hungarian president refuses to condemn the war and has said that he will block any attempt from the EU to extend sanctions to Russian gas and oil. Most recently, he has gone against the EU’s rules by saying that he will accept Moscow’s demand that gas supplies shall be paid for in rubles, Russia’s currency.

It is clear that Budapest continues to stray further and further from Brussels’ core values, and that the block can no longer deny that financial measures need to be taken. However, it will not be an easy process, and many expect a lengthy back-and-forth between institutions and key players before the mechanism will be put into practice. Financial measures against Hungary may be visible on the horizon, but the road to get there will be a bumpy one.