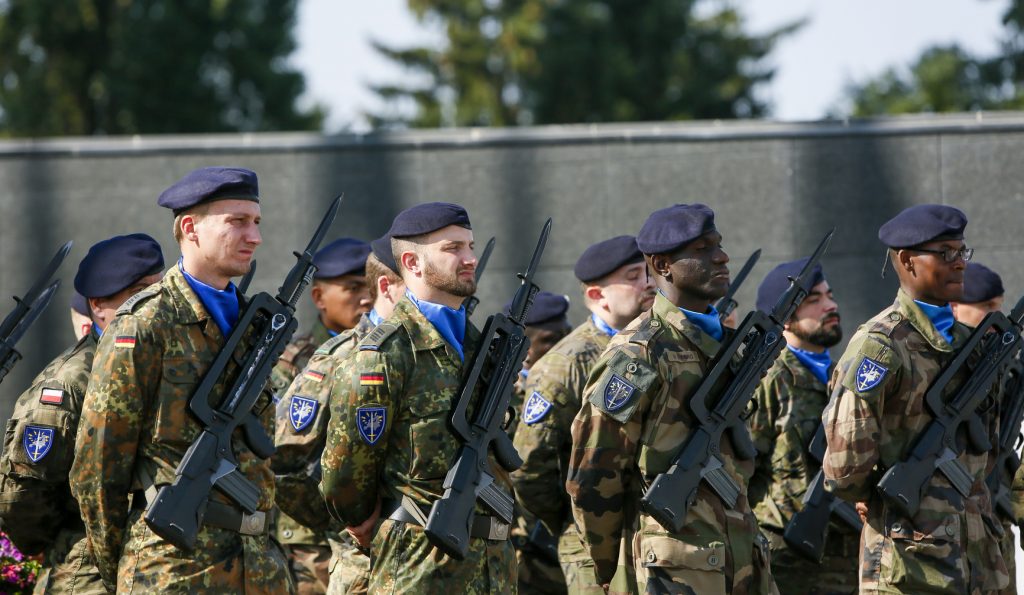 The The EU’s politically independent executive arm. It is responsible for drawing up proposals for new European legislation, and it implements the decisions of the European Parliament and the Council. European Commission will propose to create a 50,000 strong expeditionary force, says EU The High Representative is the chief co-ordinator and representative of the EU foreign affairs policy. The position is currently held by Josep Borrell. High Representative Josep Borell in an interview with the AFP. He thinks the crisis created by the withdrawal of US and NATO troops from Afghanistan might create the necessary base of support. ‘Europe only responds in a crisis. Afghanistan could wake it up. The moment has come to give it a military force capable of fighting if necessary’ he says.

Earlier this year, Reuters reported that 14 EU The 27 countries that are part of the EU. See the list of all members here. Member States had proposed the creation of EU armed forces that could intervene in an international crisis. According to them, the EU should create a brigade of 5,000 soldiers equipped with ships, and aircraft to assist foreign democratic governments in need of urgent help. Borrell’s proposal seems to aim a little higher.

In addition, the Commission proposed the creation of a European Defence Fund (EDF). The fund, which became operational on 1 January 2021 with a budget of nearly 8 billion euros, aims to finance defensive industrial projects and support military research across the EU.

French President Emanuel Macron and German Chancellor Angela Merkel upped the game in 2018 endorsing the creation of an EU army. In a speech to the The EU’s directly elected legislative body comprised of 705 members. It is involved in policymaking but it does not have the power to propose new legislation. European Parliament, Merkel stressed that the Union could no longer rely on others. ‘This means nothing less than for us Europeans to take our destiny in our own hands if we want to survive as a Union.’

Even though more than half of the European The 27 countries that are part of the EU. See the list of all members here. Member states are aiming for more military cooperation, an EU defence force still seems far away. Sceptics are afraid an EU army would disrupt the relationship between the EU and NATO and are afraid a defence union would take the EU one step closer to a federal state.

Borrell is expected to describe his plans in more detail by November.