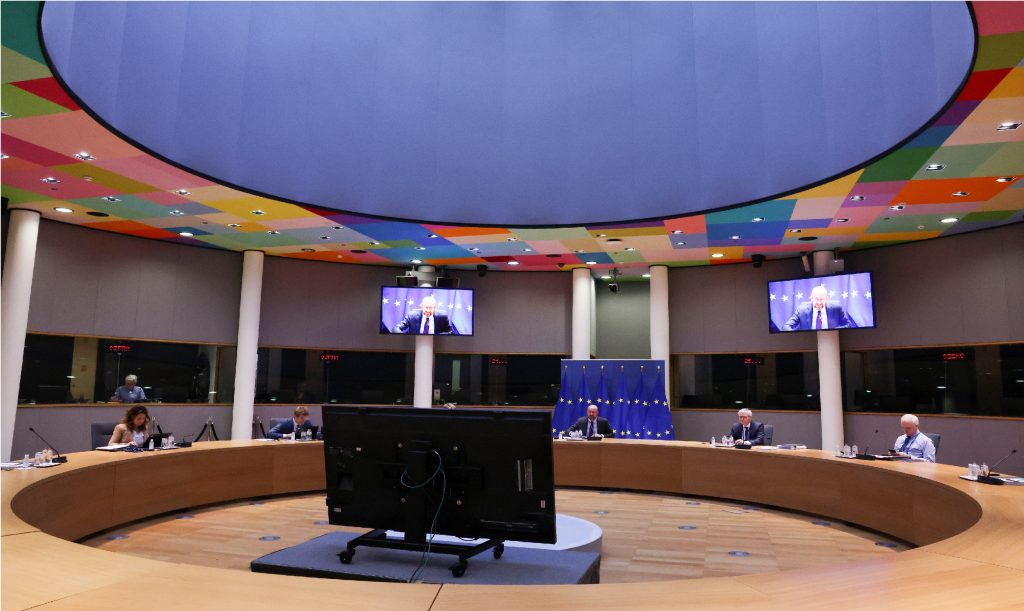 According to a draft document by the General Secretariat of the An institution representing the Member States’ interests. Either comprised of the heads of government (European Council) or more frequently the ministers (Council of the EU) meeting in different constellations depending on the policy area. Involved in policy-making, often together with the European Parliament. Council of the European Union, seen by Speaking of Europe, EU leaders will be announcing  a shift in its strategy on three vital themes : defence, energy and economy.

EU leaders will gather on the 10th and 11th of March for a long awaited informal meeting in Versailles (France). The meeting takes place in the context of the French presidency, but the choice of Versailles has a somewhat historical touch too. Versailles is not just a place in France, but also the city of the Treaty that signed the end of WWI. A possible echo to the Russian invasion of Ukraine that brought back war on the old continent after 77 years of peace. Security and defence is, of course, on all European lips.

European citizens are now rushing to their pharmacy in Brussels to get their free sample of iodine, just in case. But of course, security is not the only thing Europeans are concerned about. People are now hesitant to fill up their gas tanks, turn on the lights in their living rooms and put the heat on a bit more; the price of gas and electricity rose sharply in the last few days.

With those fears  in the back of their minds, EU leaders are looking to cooperate more. One significant topic: defence. In the draft document, leaders say they want to ‘bolster their investment in defence capabilities and innovative technologies. But how exactly?

For one, they call for a substantial increase in defence expenditure, focussed mainly on current shortcomings and in a collaborative way with the European Union. In addition, The 27 countries that are part of the EU. See the list of all members here. Member States should be stimulated to invest in procuring defence capabilities together. Historically European countries have been buying military equipment separate from each other leading to higher costs and difficulties when sharing said equipment.

The draft also proposes that the EU invests in the necessary capabilities to conduct the full range of missions and operations that are needed, and takes measures to strengthen and develop the European defence industry.

On top of this, and in light of Russia’s invasion of Ukraine, EU leaders want to focus more on the protection against hybrid warfare which means: strengthening Europe’s cyber-security, protecting its infrastructure and fighting disinformation.

The EU also wants to reduce their dependence on Russian gas, oil and coal and expects to reach that goal by diversifying their supply, boosting the development of renewable energy, better connecting European networks, promoting efficiency and circular thinking. They also mentioned supporting citizens and enterprises with the rise of energy prices.

Of course, when it comes to energy transition, all EU countries are not equal. Central and Eastern neighbours have been counting on Russian gas to safely transition and phase out fossil fuels. The question that arises: how will this new geopolitical situation impact the transition the EU has been working for?

Having a strong and resilient economy seems to be more relevant than ever. In the draft document, EU leaders have identified several sectors that they say are instrumental in addressing the EU’s strategic dependencies. Some of which are raw materials, semiconductors and digital technologies.

In addition, leaders want the EU to reform and fast-track administrative procedures to authorize investment projects in the EU and create a more simple regulatory environment. All with the goal to improve the EU economy and make it less dependent on geopolitical developments.