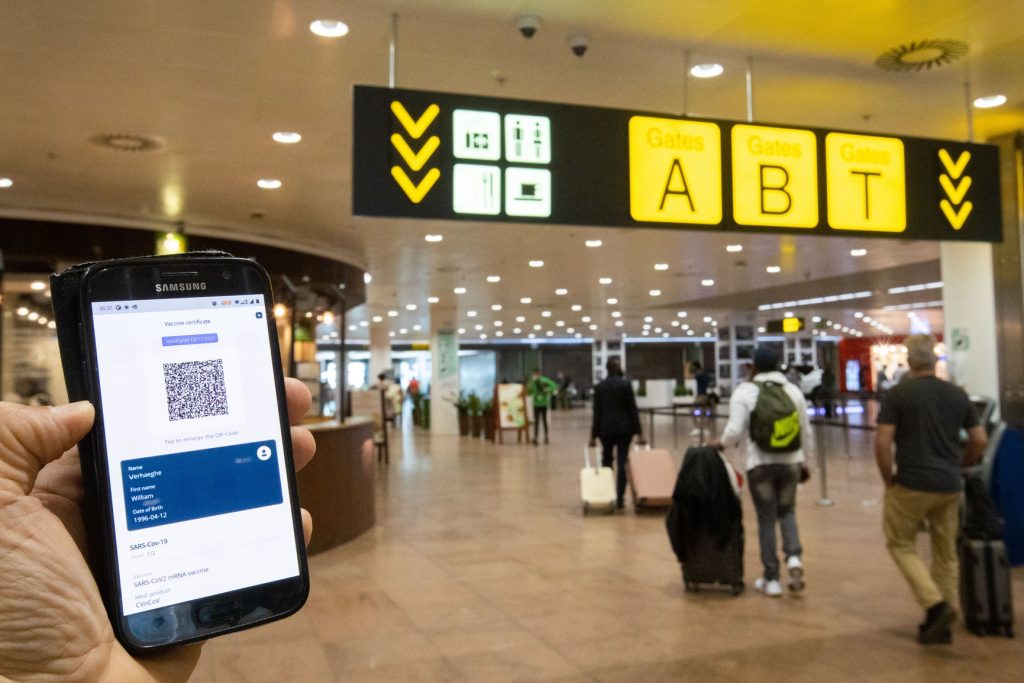 With the new Delta variant and others spreading around the world, European countries have adopted different approaches to limiting the proliferation of the Coronavirus. While France and Italy have undertaken strict policies by making the vaccination almost mandatory (not formally, but informally), other countries like Germany or the Netherlands are still reluctant. But let’s clarify some points first.

What is the Green Pass and how is it regulated at the EU level?

The European Parliament and the Council of the European Union, composed of the heads of governments or prime ministers of the European member states, issued the EU Regulation 953/2021 on June 15, 2021. The latter aims to facilitate a common approach to the free movement of people while safeguarding public health in the EU through the EU Digital COVID Certificate – better known as Green Pass. The Green Pass can be digital – a QR Code – or a certificate paper demonstrating that someone a) has been vaccinated, b) recovered from Covid, or c) tested negative.

Thus, owning the Green Pass equals freedom of movement within the EU. It is important to stress that the same regulation also pinpoints that the EU Digital COVID Certificate “should not be understood as facilitating or encouraging the adoption of restrictions to free movement, or restrictions to other fundamental rights, in response to the COVID-19 pandemic, given their detrimental effects on Union citizens and businesses” (Art. 14).

Therefore, the Green Pass is an important gateway to move while protecting the safety of all EU citizens, but it should not be used as a discriminatory tool. All European countries welcomed the EU Regulation that would also allow a breath for the tourism businesses and the European member states’ economies.

Some European countries have implemented stricter measures than others in view of the Delta variant, which seems to be more contagious but less deadly. France and Italy are clear-cut instances of that.

The French President, Emmanuel Macron, adopted one of the strictest measures in the EU. As of mid-July, France decided that the vaccine should be mandatory for those working in hospitals, clinics, retirement homes and those working with vulnerable people. Moreover, from August, if you want to enter cafés, shopping centres, restaurants, hospitals, retirement homes or entertainment places, you need to show the Green Pass – also called health pass. The latter is also needed when you have to travel long distances by trains, planes and coaches. And as of September, PCR tests will not be for free in France (except when there is a medical prescription), a policy aiming to reduce the anti-vaccine sentiments.

Shortly after Paris announced those measures, Italy followed suit, issuing a decree that has yet to be voted on by the Italian Parliament. As of August 6, people are asked to show the Green Pass: a) inside restaurants and bars (but not if you stay outside or at the bar’s counter), b) for a variety of social activities (e.g. gym, theatre, museums, cinemas, swimming pools, concerts and medium- and large-scale events), c) if you want to apply for public tender.

Furthermore, as of the end of August/beginning of September, other measures will be initiated, which have yet to be decided. These will target people working in schools and universities, making the Green Pass mandatory for teachers, staff and students (vaccination is already mandatory for health professionals). National travel will be further constrained, following the French example. This implies that travelling long distances (meaning crossing more than two Italian regions) will not be allowed without the health pass. Furthermore, antigenic or PCR tests are not for free, and the Italian government has no intention to make them for free, as it would discourage the vaccination campaign.

The strict measures introduced triggered what can be called the Green Pass effect. In France, the vaccination demand skyrocketed, with one million appointments reserved soon after the new policy announcement. At the same time, people poured down into the streets to protest against the strict Covid-measures, which had some consequences and let Macron to slightly step back by, for example, reducing the fines for businesses breaching the law from €45,000 to €7,000. Despite all the protests, the majority of the French population seems to be in favour of Macron’s anti-Covid policies, according to a survey conducted by ELABE, a French research and consulting firm.

The same has happened in Italy. Squares and streets have been filled with people protesting against the health pass and its economic and social implications. The implications can be summarised as follows: a) businesses have to adapt again to new measures ( e.g. check customers), b) the Green Pass may be a brake for business activities since not everyone has been vaccinated (i.e., young people) and c) others are reluctant in showing the health pass worrying for privacy protection, d) it can be a limitation to individual freedoms for those who do not want or cannot to be vaccinated for personal reasons (whether religious, ideological, or health-related).

With those measures in place, getting vaccinated is not mandatory formally. However, the choice is between the vaccine – a gateway to freedom of movement and social life – or remaining in a permanent condition of lockdown. You can get a green light to enter restaurants and cafés showing a negative test, but how many people are willing/can afford to pay for an antigen or PCR test every time?

Other countries such as Germany and the Netherlands are reluctant about making vaccination mandatory. For instance, the German Chancellor, Angela Merkel, claimed that mandatory vaccinations could lead to public mistrust early in July. Mark Rutte, the Dutch prime minister, claimed that there is no necessity to make the vaccine mandatory since there is a high rate of people willing to get the vaccine (although, he also stated that nothing is being ruled out in times of a pandemic). However, more and more European countries (i.e., Spain, Greece) have adopted strict measures, leaning toward making the vaccination mandatory (at least for a targeted population) and prioritizing public health vis-à-vis individual freedom. Can a low-tolerance Covid-policy be the way to combat the Covid pandemic? This is a question that still needs to be answered. As of now, the Green Pass effect has shown that more people are willing to get vaccinated when their freedom of movement and social life is at stake. But then, the question arising is: Is this freedom?