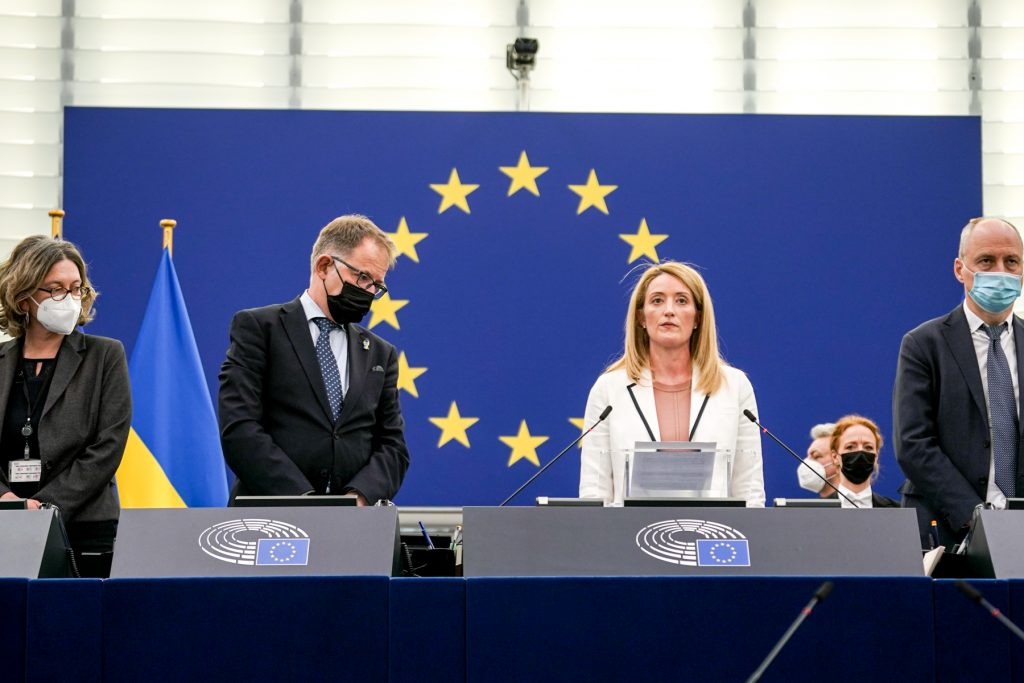 In the opening session of the The EU’s directly elected legislative body comprised of 705 members. It is involved in policymaking but it does not have the power to propose new legislation. European Parliament’s plenary meeting in April, President Roberta Metsola led a minute of silence for the victims of the war in Ukraine and around the world.

Metsola reported on her visit to Kyiv and meeting with President Zelensky last Friday.

She also condemned the abhorrent war crimes performed by the Russian military in places like Bucha and Irpin: “These are war crimes perpetrated by war criminals; these coordinated acts of inhumanity cannot remain unanswered. We will hold all those responsible to account”, she declared, following the gruesome pictures that sent the world into shock on Sunday. Metsola explained that new sanctions would be put in place to hold Russia accountable.

Similarly, the EU’s ‘foreign minister’, Josep Borrell, issued a statement on Monday condemning Russia’s actions in the harshest terms on behalf of the EU, and outlined the legal consequences: “we fully support the investigation launched by the ICC Prosecutor into war crimes and crimes against humanity as well as the work of the OHCHR Commission of Inquiry. The EU is assisting the Ukrainian Prosecutor General and Civil Society focused on collection and preservation of the evidences of the war crimes.”

Metsola further stressed the importance of accelerating the process of disconnecting the EU from Russia and reducing its dependence, particularly in terms of energy supply.  She also demanded the implementation of binding embargos and to put a stop to indirectly fund Russian bombs.