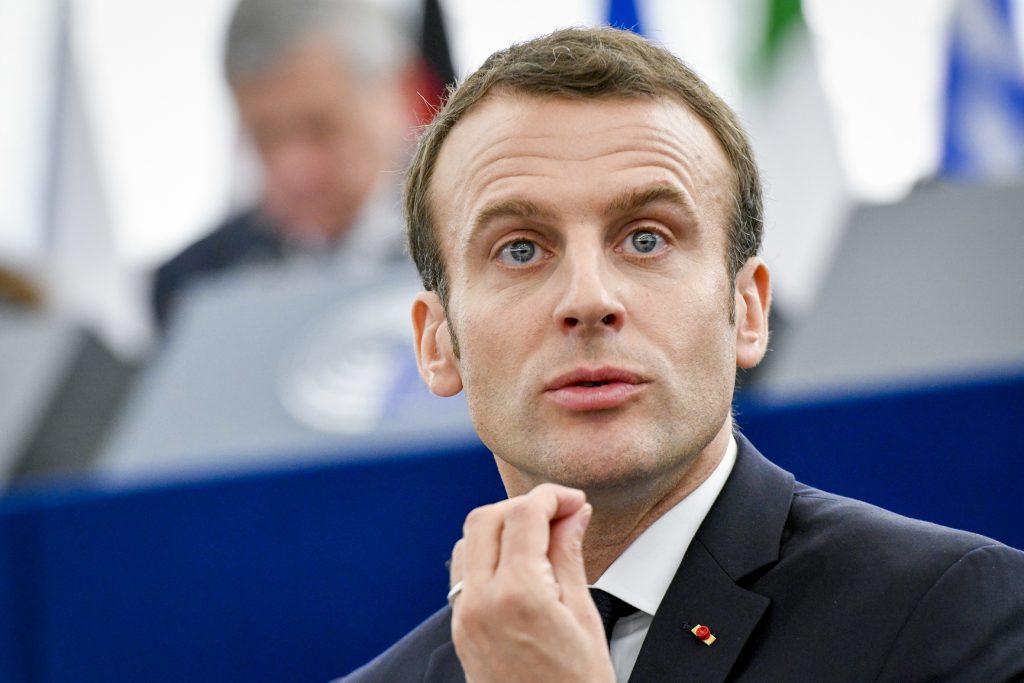 No English for me please! So says France in laying out their plans for their upcoming stint in the ever-rotating Presidency of the European An institution representing the Member States’ interests. Either comprised of the heads of government (European Council) or more frequently the ministers (Council of the EU) meeting in different constellations depending on the policy area. Involved in policy-making, often together with the European Parliament. Council. In the wake of the United Kingdom’s torturously prolonged exit from the EU, France has made it clear that it intends to stem the proliferation of English as the de-facto language of the European Union’s inner workings.

Taking firm aim at the delightfully distinct and often somewhat peculiar brand of non-native Euro-English spoken across the EU, the French government has laid out a series of measures that they hope will go someway to reinstating French as the language of diplomacy and interaction within the EU.

These measures include a proposal to make French the primary language of communication in EU meetings, both major and minor; preparing official documents in French first and foremost, though of course with translations available; and wider attempts to boost the number of Europeans learning French as an auxiliary language.

However, this should not come as too much of a surprise as these ambitions were made clear by Jean-Baptiste Lemoyne, Secretary of State for Tourism and Francophonie, and Clément Beaune, Minister for EU Affairs in their article in Le Figaro earlier this year. Lemoyne and Beaune mourned the evident decline of French’s status within the walls of European institutions and raised a rallying cry for its revival.

Their argument is couched as a stout-hearted defence of the EU’s founding principle of multilingualism, claiming that the fight for French’s glorious return to the forefront of intra-European politics would not just be a triumph for their own language, but for all the languages of the EU, currently unfairly crushed underneath English’s mighty linguistic boot.

Additionally, if this is their intent it’s interesting that they would choose to say nothing about facilitating a similar push for the use of German, by far the most neglected of the EU’s three working languages.

However, if we take the French proposals at face value, it is a noble endeavour and certainly a worthwhile one. Unfortunately, their viewpoint and wider argument is not completely tethered to the firm anchor of reality. Whilst it is an unavoidable truth that English has asserted itself, rather ironically, as the European lingua franca, this has not been without good cause.

As a result of this even though English is no longer the sole official language of any member state, it remains by far the EU’s most widely spoken language, with the number of non-native speakers set only to rise in the coming years.

Despite what Macron and French officialdom at large may desire, English is the language Europeans choose when life gives them no choice but to speak to foreigners. Should not the EU’s higher offices reflect the language preferences of its constituent nations?

No, say Lemoyne and Beaune who feel that the use of English, or at least Euro-English, within EU discussions limits the horizons of thought and expression.

Echoing this viewpoint is European Vice-President and French Socialist A Member of the European Parliament (MEP) is a person who has been elected to serve as a representative in the European Parliament. MEP Sylvie Guillaume, who in regards to Euro-English stated in a perhaps somewhat condescending view of her colleagues English skills that she “ [didn’t]… want us to end up speaking a language without subtlety on sensitive subjects.”

However, the wider question here is whether the initiatives proposed by the future French Presidency, should they go ahead with them, will have any truly lasting effect on the linguistic culture of the European Union’s institutions. An outcome that seems unlikely given the strength of the political current they are trying to overcome and the short time in which they must do it, given that each Presidency lasts a mere six months.

Similarly unhelpful are the somewhat dismissive attitudes displayed by French officials on the topic, which rather dispel any illusion that this an honest push for multilingualism. As such, the proposals seem unlikely to win much support outside the Francophone nations and the cadre of Francophile EU officials.

The newer, eastern EU members will likely form the backbone of resistance to any attempt at usurping the English language’s crown as the diplomatic language of Europe, as it was they who played the leading role in its ascent and remains their preferred language of communication.

However, we will just have to wait until 2022 to see how France’s grand ambitions play out in reality.