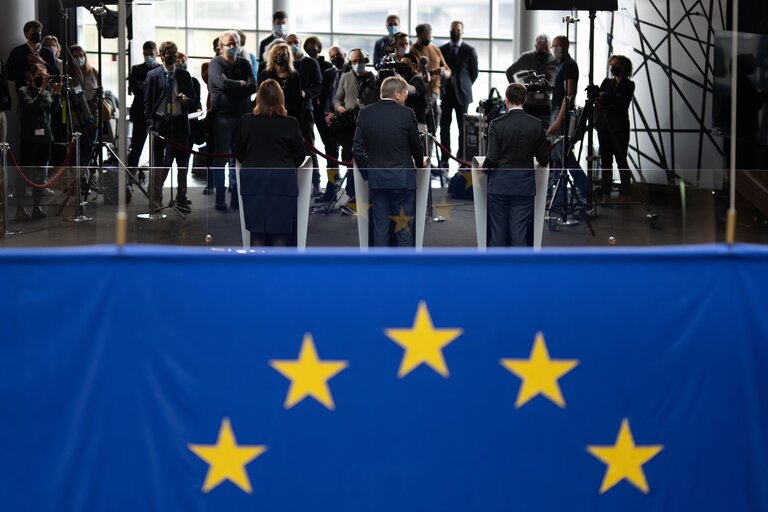 A pandemic, Russia’s invasion of Ukraine, inflation, an energy crisis, and heated elections in several European countries such as Hungary and France. It does not take an expert to see that these events that have taken place over the past year have severely influenced the overall state of press freedom in Europe. On May 3rd, World Press Freedom Day, Reporters Without Borders (RSF) published their yearly World Press Freedom Index.

This year’s index once again portrays the changing media landscape in many countries and paints a bleak picture of the European media environment. Across the continent, journalists are being threatened for doing their job, and there have even been journalists murdered in Slovakia, Malta and the Netherlands. The latter enjoyed the second-highest position in the index in 2013. Barely a decade later, the Netherlands, once considered a safe haven for journalists, has plummeted to the 28th position.

One of the reasons why the state of press freedom has deteriorated in the Netherlands can be found in the political context of the country. The political situation is one of the five indicators RSF uses in their index to assess the media landscape. Although press freedom is actively protected by the Dutch state and government through legislation, there are also politicians who attack the media on a regular basis.

A few, mostly extreme right-wing, political parties do not shy away from criticizing journalists, some even go as far as saying that leading national media outlets such as the NOS are nothing but fake news journals. This trend of politicians disregarding independent media for their own electoral gain is visible in more European countries that have lowered in ranking on the index. This issue seems to play a big part in the mistrust in the media by European citizens, and in some cases even leads to violence against journalists.

Another example of state leaders showing problematic behaviour towards the media can be found in Greece. The country has replaced Bulgaria as the worst-performing EU country, now ranking 108th on the index. One of the reasons the country ranks this low is because of the controversial criminal code provision that has been adopted by the Greek parliament in November 2021. The provision forbids the spreading of false information. Offenders risk a punishment of up to five years in prison. According to the RSF, this provision represents a serious threat to journalists’ right to publish information in public interests and seriously increases the risk of censorship.

Fortunately, the index also shows positive news. All countries in the top five of the Index are European. So, what can others learn from them? Looking at the leading country on the index, Norway, one thing stands out in particular. The journalists of the Scandinavian country operate ‘in a favourable political environment’. In practice, according to RSF, this means that ‘politicians refrain from labelling unfavourable coverage as ‘’fake news’’ and from disparaging its authors.’

The state of press freedom in Europe is determined by many factors, structures, and events, as are described in detail in the World Press Freedom Index. Blaming the decrease of press freedom solely on politicians would be an oversimplification of the issue. Although it is not the only reason, it is arguably the most striking one. The politicians who publicly criticise and disregard independent media are endangering journalists and fueling distrust amongst the public. Above all, it is the job of politicians to protect the fourth pillar of democracy, not to threaten its existence.