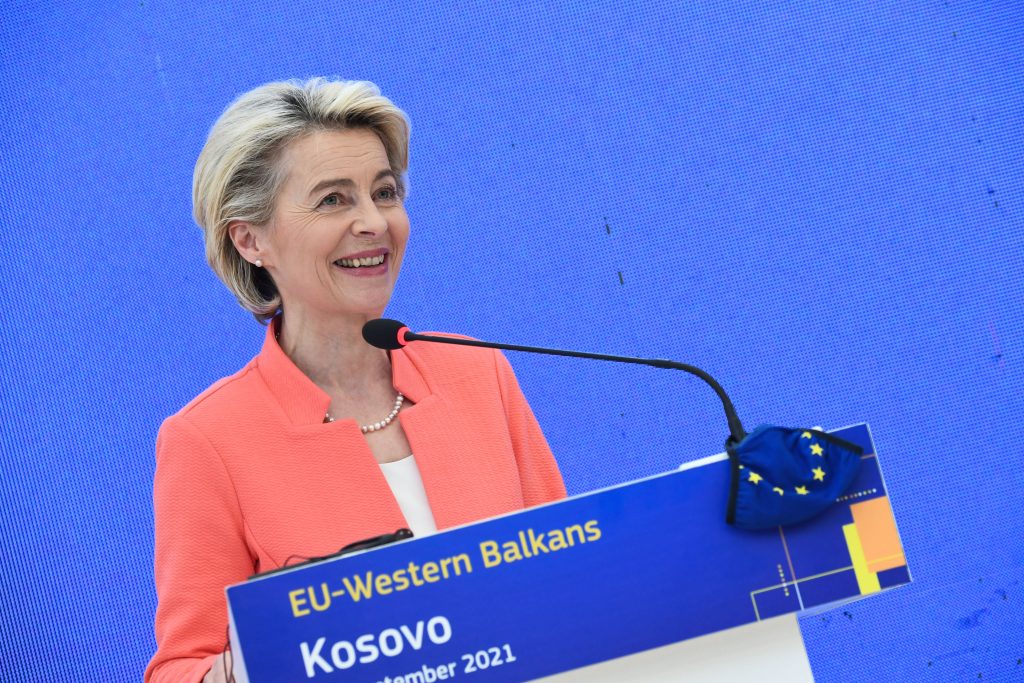 Serbia and Kosovo reached an agreement yesterday, 30 September, to de-escalate the situation at the borders after two days of negotiations.

While President Ursula von der Leyen was visiting Pristina, Kosovo’s capital, the EU Special Representative for the Belgrade-Pristina Dialogue, Miroslav Lajčak was having a meeting with the two countries’ representatives, Serbia’s Petar Petković and Kosovo’s Besnik Bislimi, in Brussels.
‘We have a deal! After two days of intense negotiations, an agreement on de-escalation and the way forward has just been reached. I thank Besnik Bislimi and Petar Petkovic for their readiness to negotiate and agree for the good of the people’ tweeted the EU Representative Lajčak.

What was the issue?

The situation between the two countries escalated on 20 September when Kosovo implemented a 2016 license plate agreement. The latter impeded vehicles with Serbian plates to enter Kosovo. Serbian vehicles that wanted to cross the borders had to purchase temporary Kosovo plates.

The Kosovar Prime Minister Kurti considered the 2016 license plate agreement as a reciprocal measure. Serbia has in fact asked Kosovar vehicles to obtain Serbian plates since 2011, a landmark date for Pristin as it obtained its independence from Belgrade. The latter has never recognised the symbols of independent Kosovo, including the ones exposed on Kosovar plates.

The plate has thus become a sign of conflict between the two countries. It shows the Serbian unwillingness to recognise Kosovo as an independent state and Kosovar ambition to show its territorial sovereignty.

The agreement reached in Brussels is based on three points. The first point touches upon the de-escalation of the tension at the borders. Police units will be removed at the borders, in Jarinje and Brnjak CCPs, as of 2 October. Meanwhile, KFOR, the NATO Mission in Kosovo, will be deployed temporarily in Jarinje and Brnjak CCPs for a period of at least two weeks to ensure safety and security.

The second point says that the sticker regime will be applied as a temporary measure as of 4 October. The sticker regime was firstly conceived in 2016 within the EU Pristina-Belgrade Dialogue framework to allow free movement of people and goods between the two countries. Both countries agreed to cover relevant parts of the respective licence plates with stickers. This system will remain in place until a permanent decision will be found.

The third point establishes a Working Group consisting of the representative of the EU and of the two conflicting parties to find a final solution to the plate issue. The Working Group will be chaired by the EU and its first meeting will be held on 21 October in Brussels. The aim is to find a solution within six months.

The agreement is embedded within the framework of the A Member of the European Parliament (MEP) is a person who has been elected to serve as a representative in the European Parliament. mepage_en/349/Dialogue%20between%20Belgrade%20and%20Pristina#:~:text=The%20EU-facilitated%20dialogue%20aims%20for%20the%20parties%20to,opportunities%20and%20improve%20the%20lives%20of%20the%20people.”>EU-facilitated dialogue, aiming at achieving an agreement between Pristina and Belgrade on all issues that still impede a harmonious coexistence. The EU is in charge of the Pristina-Belgrade dialogue since 2011, after the United Nations General Assembly decided so in a A non-binding political text adopted by an institution (e.g. the Parliament) expressing a position on a topic or assessing an event, possibly demanding action. Resolution in September 2010.