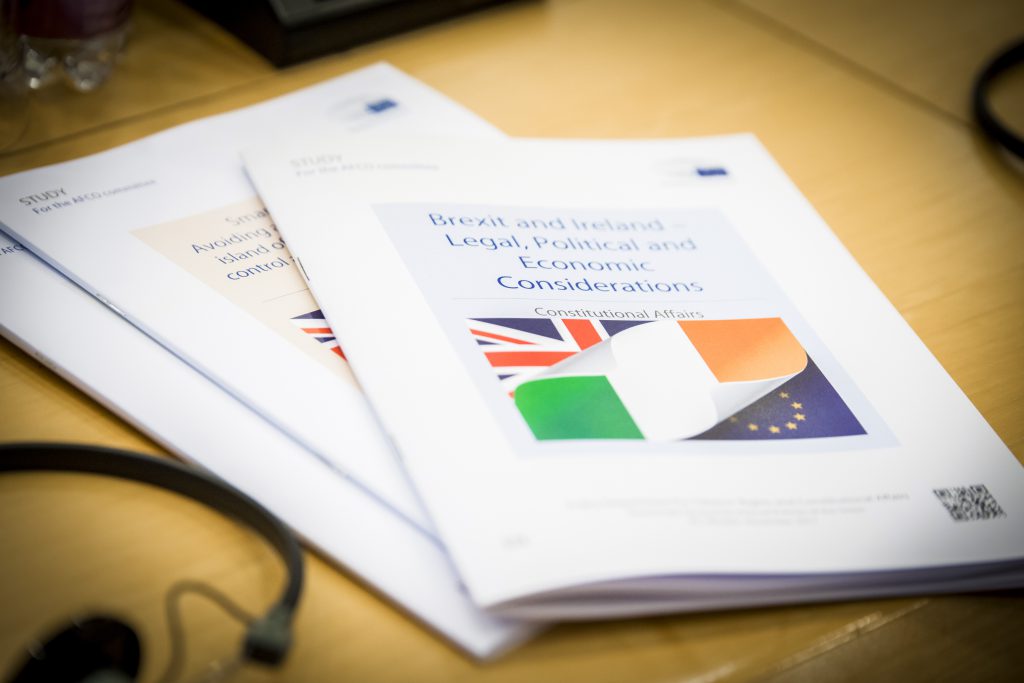 AFCO workshop on ‘ The implications of Brexit on the Irish border ‘

There are marriages that never end, no matter how long you have been separated or how many divorce certificates you have tried to agree upon. The endless relations between the UK and the EU is a clear instance of that. The Brexit saga continues with a new chapter on the Ireland and Northern Ireland Protocol.

Shortly after Frost’s request, the UK’s Brexit Minister, to renegotiate the Protocol during a speech in Lisbon on Tuesday, October 12, the EU responded by putting forward a new proposal. The proposal aims to solve the unsettled issues provoked by Brexit alongside the border between Northern Ireland, a UK constituency but still part of the EU Single Market, and the Republic of Ireland, an EU Member State. But before diving into the new proposal, let’s clarify what this Protocol is about and why the UK demands a new one.

What is the Protocol on Ireland and Northern Ireland about?

The Protocol on Ireland and Northern Ireland is part of the Withdrawal Agreement signed by the EU and the UK, and it is in force since February 1, 2020. Its aim is to avoid a hard border between Ireland and Northern Ireland, and by doing so it wants to honour and protect the Good Friday (Belfast) Agreement (if you want to know more on that, read our accessible-for-all historical reconstruction of the Good Friday Agreement).

In a nutshell, the Protocol says that Northern Ireland is still part of the EU Single Market. This allows free flows of movements within the island of Ireland, but also implies that all the goods coming from the UK or third countries are subject to EU rules.

So, what are the problems that triggered Frost to ask for a new agreement?

Despite the UK having signed the agreement almost one year ago, Frost made clear during his speech in Lisbon that the Protocol needs to be changed because ‘the situation has now moved on. We now face a very serious situation. The Protocol is not working. It has completely lost consent in one community in Northern Ireland. It is not doing the thing it was set up to do – protect the Belfast (Good Friday) Agreement. In fact it is doing the opposite.’

Large and small businesses in Northern Ireland have been complaining that the supply chains have been completely disrupted because of all the checks and controls at the border between Northern Ireland and the UK. This has also raised the prices of goods and shrunken consumers’ choices creating uneasiness and various protests against the Protocol and the Irish Sea border.

Furthermore, Frost pointed out that the UK is not willing anymore towards the European Union Court of Justice being the oversight body of the Protocol, asking for the replacement of the latter with an international body. Why is this so controversial? Well, this means that when there is an issue arising from the breaching or interpretation of the Protocol, the EU’s Court of Justice is the only legitimate judicial body to interpret and enforce the Protocol. In other words, EU rules are still applied in Northern Ireland. And to make it even clearer, the application of EU rules equals less territorial sovereignty for the UK. If we think in those terms and from a UK perspective, the intuitive question would be: so, why Brexit?

This is undoubtedly one of the main contentious points of the Protocol. The EU is little prone to negotiate on that since the Court of Justice is the only institution that should intervene in EU matters.

Aside from the legal aspect, the EU responded swiftly to the UK’s concerns as Maroš Šefčovič, the EU Commissioner for Interinstitutional Relations and Foresight, tweeted on October 12: ‘We have listened to, engaged with, and heard Northern Irish stakeholders. Our proposed package of enhanced opportunities is a direct, genuine, impactful response to concerns they’ve raised.’

What is the EU’s proposal?

The solution of the EU is based on more flexibility and the implementation of a different model to facilitate the entrance of goods from the UK to Northern Irelands. More specifically, four areas have been touched upon.

Firstly, the EU proposes an 80% reduction in checks for goods such as food, plant and animal health and, secondly, a 50% reduction in paperwork. Therefore, fewer documents are needed to trade between the two islands, Ireland and the UK, which make customs formalities and processes easier and faster, creating a so-called ‘Express Lane’. In exchange, the EU requests the UK to finalise the construction of Border Control Posts, packaging and labelling certifying that those goods are on sale only in the UK, and the reinforcement of the monitoring of supply chains. In that way, both flexibility and robust monitoring are still guaranteed. Moreover, a rapid reaction mechanism will be put in place to identify problems related to individual products and traders, with the EU capable of reacting unilaterally in case the UK or the competent authorities fail to solve those problems.

Thirdly, the EU proposes a dialogue between the Commission and Northern Irish authorities, civil society and businesses to increase the involvement of Northern Ireland stakeholders. The dialogue aims to ensure that information is passed on quickly. Besides that, it wants to make the application of the Protocol more transparent.

Finally, the fourth and last point addresses the theme of the security of the supply of medicines. The UK will still be the hub for the supply of generic medicines to Northern Ireland, assuring the long-term supply of drugs and despite the fact that the UK is a third country (being the Northern Ireland part of the Single Market).

EU Commission experts will travel to London to discuss the new proposal and see if there is room for common ground to finally resolve the issues left by Brexit. Nothing is sure, except that the following weeks, not to say months, will be filled with intense discussions. The Brexit saga continues.