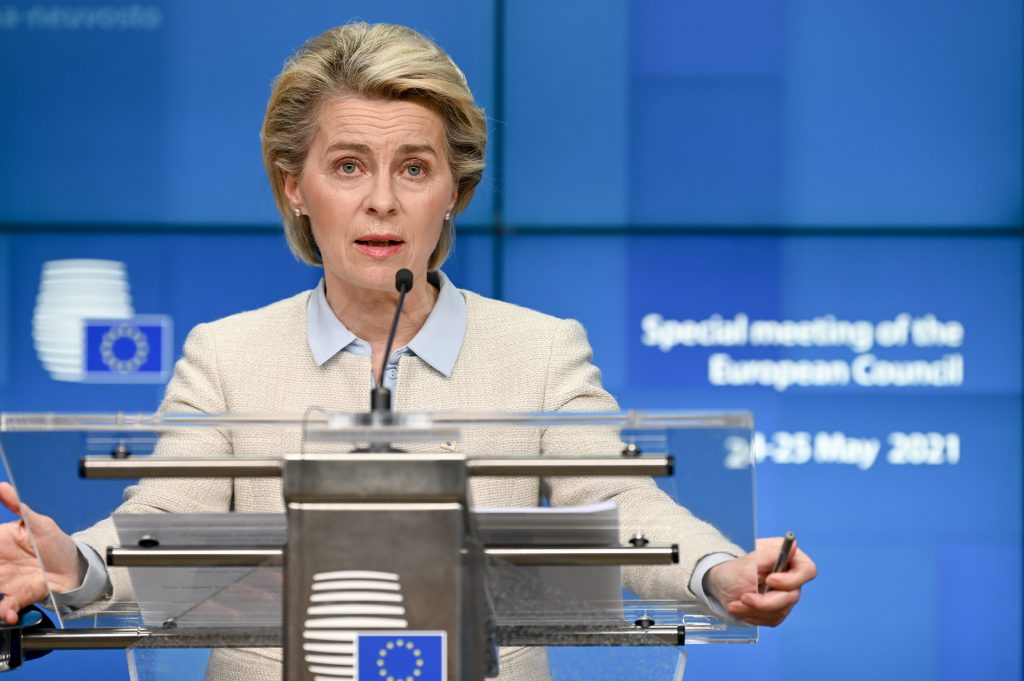 Commission President von der Leyen called the incident a ‘hijacking’ and promised additional sanctions against people involved in the operation and against companies financing the Lukashenko regime. This was the result of a statement adopted by the leaders of the EU The 27 countries that are part of the EU. See the list of all members here. Member States at the Special EU An institution representing the Member States’ interests. Either comprised of the heads of government (European Council) or more frequently the ministers (Council of the EU) meeting in different constellations depending on the policy area. Involved in policy-making, often together with the European Parliament. Council Meeting on Monday. Besides the sanctions, the document also includes measures related to the aviation industry: European Leaders recommended to EU airlines to avoid flying over Belarus, which seems to have been taken on board for the moment. Further, it calls on the International Civil Aviation organization to start investigations, which on the Belarusian side has been mirrored with invitations for international aviation and general EU and US experts to start investigations. Belarus claimed the forced landing was a response to a bomb threat they had received by the Palestinian terrorist organisation Hamas. But Hamas denied any involvement and German chancellor Merkel rejected this explanation as ‘implausible’.

The additional sanctions that will be added in response to this incident mark the fourth act in the EU’s sanctions regime against Belarus that started on 1 October 2020. The trigger for the start of sanctions was the forceful response to and repression of peaceful protests in Belarus following fraudulent presidential elections in August 2020, which confirmed Lukashenko’s sixth term as president of the country. In order to show solidarity with the Belarusian protestors and support for democracy, EU leaders first decided on sanctions against 44 individuals: these sanctions imposed a travel ban that forbids the individuals concerned from entering or transiting EU territory, and asset freezes of their economic resources. These measures were extended to Lukashenko himself and a further fourteen officials in November last year, this time targeting important figures in government, judiciary, state media and of important businesses. Round 3 followed last December, when a further 36 individuals were added to the list.

Besides these sanctions, the EU is also trying to exert pressure on the Lukashenko regime economically, by withholding a €3 billion investment package that will only be released once Belarus becomes democratic, von der Leyen stated.