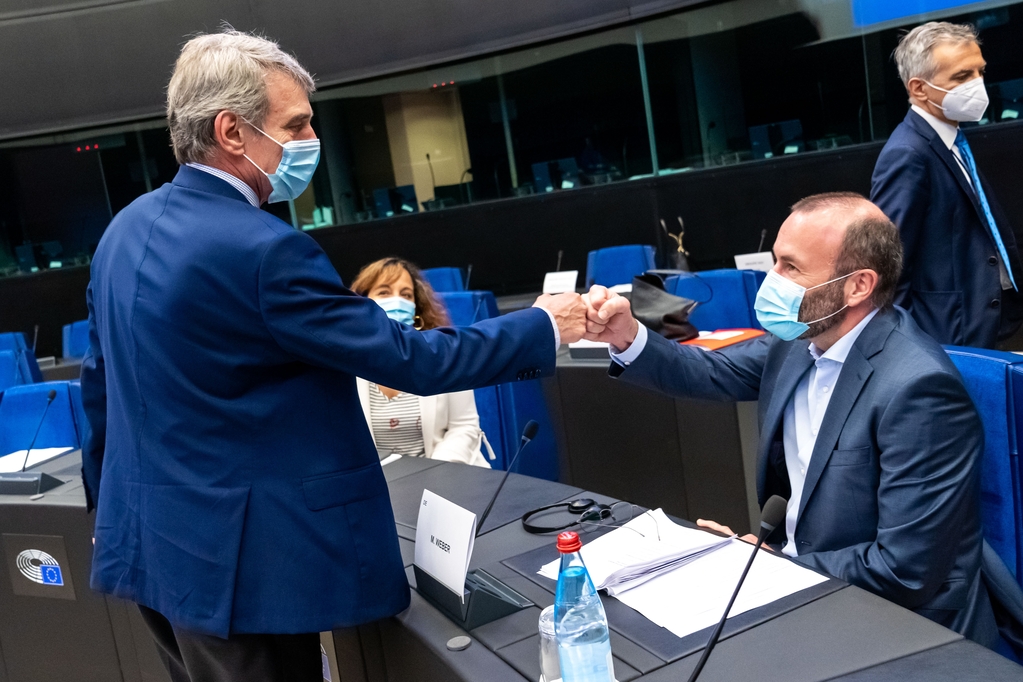 Manfred Weber, Chairman of the Conservative European People’s Party (EPP) Group and the Group’s Spitzenkandidat for Commission President in the European elections in 2019, announced that he is not going to run to become the next The EU’s directly elected legislative body comprised of 705 members. It is involved in policymaking but it does not have the power to propose new legislation. European Parliament (EP) President.

“My ambition is to be re-elected as Chairman of the @EPP Group. My work in the EPP Group is not finished yet. Our mission to revive Christian democracy and centre-right parties in Europe is not over. Consequently, I will not run for President of the The EU’s directly elected legislative body comprised of 705 members. It is involved in policymaking but it does not have the power to propose new legislation. European Parliament” he tweeted last Wednesday morning (8 September).

The EP President’s role is quite prestigious, involving many tasks and responsibilities for a renewable mandate of two years and a half. Among those responsibilities, the EP President chairs the EP’s plenary sessions. They represent the EP in all legal matters and its international relations, and also express the parliament’s standpoints before other European institutions like the European An institution representing the Member States’ interests. Either comprised of the heads of government (European Council) or more frequently the ministers (Council of the EU) meeting in different constellations depending on the policy area. Involved in policy-making, often together with the European Parliament. Council.

The last EP elections in 2019 left a fragmented assembly. Sassoli, an Italian social democrat, was appointed as EP President, but this happened quite unexpectedly.

Sassoli’s appointment followed a deal between the main EP groups at that time – the EPP, the Socialists & Democrats (S&D) and Renewed Europe. The agreement foresaw that for the first two years and a half, a S&D A Member of the European Parliament (MEP) is a person who has been elected to serve as a representative in the European Parliament. MEP would be appointed as president, ergo Sassoli. And for the next two years and a half, the ball would be passed to the EPP group.

What does Weber’s announcement imply for the EP Presidency?

Based on that deal, the EPP can claim the EP presidency for the second half of the mandate. Weber was expected to be the next centre-right and pro-European EP President. However, his announcement leaves the EPP to designate another person, who might be a female according to POLITICO’s sources.

As far as concerns the German politician Weber, he aspires to become President of the EPP, the EP’s largest political group.

For Weber to become the next EPP President, Donald Tusk, who is currently covering that role, would need to step down. However, this is not too much of a problem. Tusk’s main priority is elsewhere now, as he came back into the Polish political scene as the leader of the liberal Civic Platform party and has announced he will no longer assume the role of EPP President in the next term. Therefore, the EPP group is left to agree on the appointment of the next President.

While still remaining the largest group in the EP, the EPP’s influence diminished in the last years, as the assembly composition and numbers of seats show. In fact, while in the 2009 EP elections, the conservative party secured 274 seats, those shrank to 221 in the 2014 election and further dropped to 182 in the 2019 last election. If Weber is appointed as the group’s new President, his ambition and task will be to bring the EPP back to its former strength.