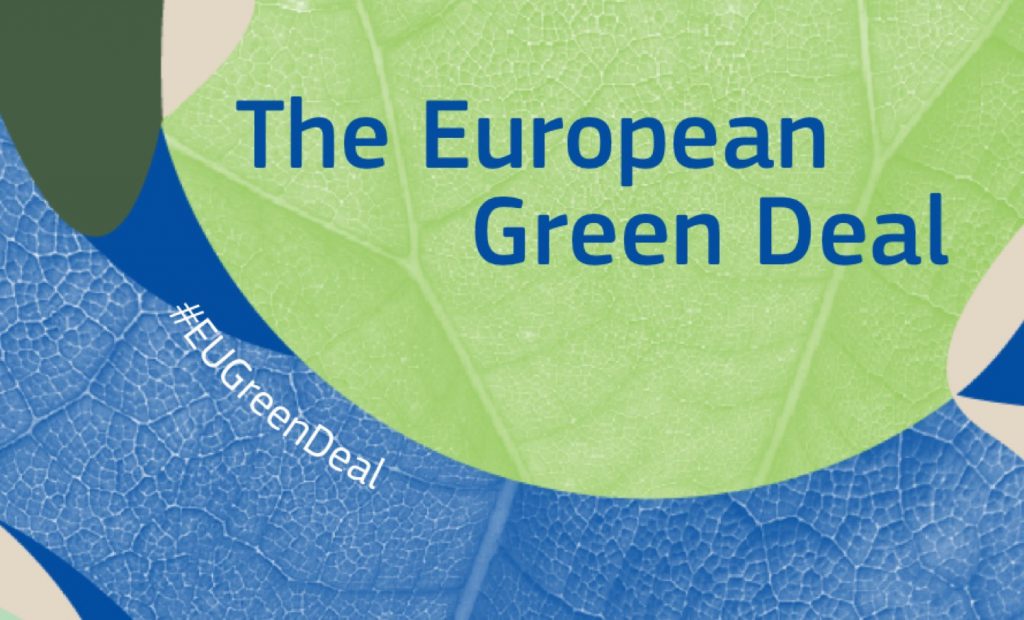 The European Green Deal is a 17 pages long document written by the current The EU’s politically independent executive arm. It is responsible for drawing up proposals for new European legislation, and it implements the decisions of the European Parliament and the Council. European Commission that was presented on December 11, 2019. It seems easier to start with what it is not, one piece of legislation. No, it’s way more than that… we could say it’s the general framework under which all policies that want to tackle climate change in the EU are based. That’s why it’s a time consuming enterprise where we can expect multiple proposals that all will need to be approved one by one and by all the relevant EU institutions.

According to the Commission, the EU Green Deal’s top priorities are cutting down greenhouse gases (called GHG) emissions, investing in solutions and protecting what is left of our natural habitat. However, one could wonder why is this happening now? Sadly, 2019 was particularly memorable in terms of climate change. The impressive Australian wildfires, the Amazon rapid deforestation and hurricanes in the United States brought a lot of attention to the devastating consequences of climate change. Moreover, voices in Europe coming most vocally from students such as Greta Thunberg, who started the Fridays For Future (FFF) demonstrations, raised public awareness. Those voices were asking for a change. Their demands were met in the elections of that year as we witnessed the success of many green political formations all around Europe. This made it even more symbolic when the Commission announced right before Christmas 2019 that it would make the EU the first climate-neutral continent on earth by 2050. In fact, this rather bold statement reflects the EU’s wish to be relevant again on the world stage. The EU started last in the digital challenge, they now fear being left out of the climate change fight. In fact, they want to turn it into an opportunity to be a driving force in the international arena.

In September 2020, President of the Commission Ursula von der Leyen announced a new 55 % EU emission reduction target for 2030 in her State of the Union address. This new target is supposed to enable the EU to reach the net zero emissions by 2050 and is greatly accelerating the reality of it all.

The EU Green Deal has three main lines of action. The first is precaution and prevention through the European Climate Law. It is the tool used to make things more than words. Indeed, it is the law that will make legally binding the commitments made by the Commission and the The 27 countries that are part of the EU. See the list of all members here. Member States to their main objective – net zero emissions by 2050. But it is also the law that establishes how we will make sure that this engagement is being respected.

The second line of action is participation. The Commission proposed a European Climate Pact. The pact is actually made between the EU and you, its ‘civil society’. It is a kind of promise of inclusion from the EU to the European society. It is described as “an initiative that invites people, communities and organisations to: connect and share knowledge, learn about climate change, develop, implement and scale up solutions”.

The third and last line of action is about ensuring coherence through integration of other sets of initiatives into the existing legislation. This is where we will see a large amount of legislative initiatives from all sectors; most notably finance, industry, transport, agriculture, environment and energy. The Commission aspires to green those sectors and make sure that they all work towards the same goal of reducing GHG emissions by 2050.

What happened so far..?

Overall, not much is actually being implemented as we speak. However, there are some important achievements to point out. No later than last week (April 21), the The EU’s directly elected legislative body comprised of 705 members. It is involved in policymaking but it does not have the power to propose new legislation. European Parliament and the An institution representing the Member States’ interests. Either comprised of the heads of government (European Council) or more frequently the ministers (Council of the EU) meeting in different constellations depending on the policy area. Involved in policy-making, often together with the European Parliament. Council of Ministers both reached a provisional agreement on the European Climate Law. However, they still need to submit it to a vote after which it will formally enter into force.

Two years earlier, the European An institution representing the Member States’ interests. Either comprised of the heads of government (European Council) or more frequently the ministers (Council of the EU) meeting in different constellations depending on the policy area. Involved in policy-making, often together with the European Parliament. Council, composed of the heads of states, had already endorsed the European Climate Law right after it was presented by the Commission in December 2019. At that time, Poland refused to commit to implementing the net zero emission by 2050 objective. This is due to the fact that Poland is still largely dependent on coal as an energy source. One year later, in December 2020, EU heads of state all agreed on the 2030 target reducing GHG emissions to 55% below 1990 levels.

Some examples of legislation under discussion now are the ‘Circular Economy action plan’ which looks at waste reduction and recycling, the ‘From Farm to Fork’ which promotes organic farming and healthy, affordable food that is produced sustainably. The biodiversity strategy by 2030 wants to protect key areas and restore biodiversity losses. The ‘Renovation wave’ accelerates the renovation of old buildings to make them energy-efficient. Finally another example is the ‘new European Bauhaus’ which is currently asking citizens’ views on the architecture of tomorrow.

Frans Timmermans (Dutch Vice President of the The EU’s politically independent executive arm. It is responsible for drawing up proposals for new European legislation, and it implements the decisions of the European Parliament and the Council. European Commission), is the Father of it all and is supported by his DG Climate in achieving this Herculean work. Timmermans is expected to present a set of legislations called the “Fit for 55 package” to achieve the 2030 reduction target by June 2021. This Fit for 55 package should cover “around a dozen proposals, [that] will help us to put the European economy on the right track”. However, we can also expect a revision of the EU’s climate and energy legislation by June 2021.

When will this all end? Hard to say, the transition might occupy the Brussels Bubble until 2050, until Europe can proclaim itself ‘climate-neutral’. But let’s not forget that Europe does not stand alone in this fight. Indeed, there is a real need for action on a global level because the EU represents about 8% of global GHG emissions. European efforts will have to be complemented by those of other large emitters like China, India and the US.